Artist exhibits a very personal response to J.M.W. Turner in his former home in Twickenham 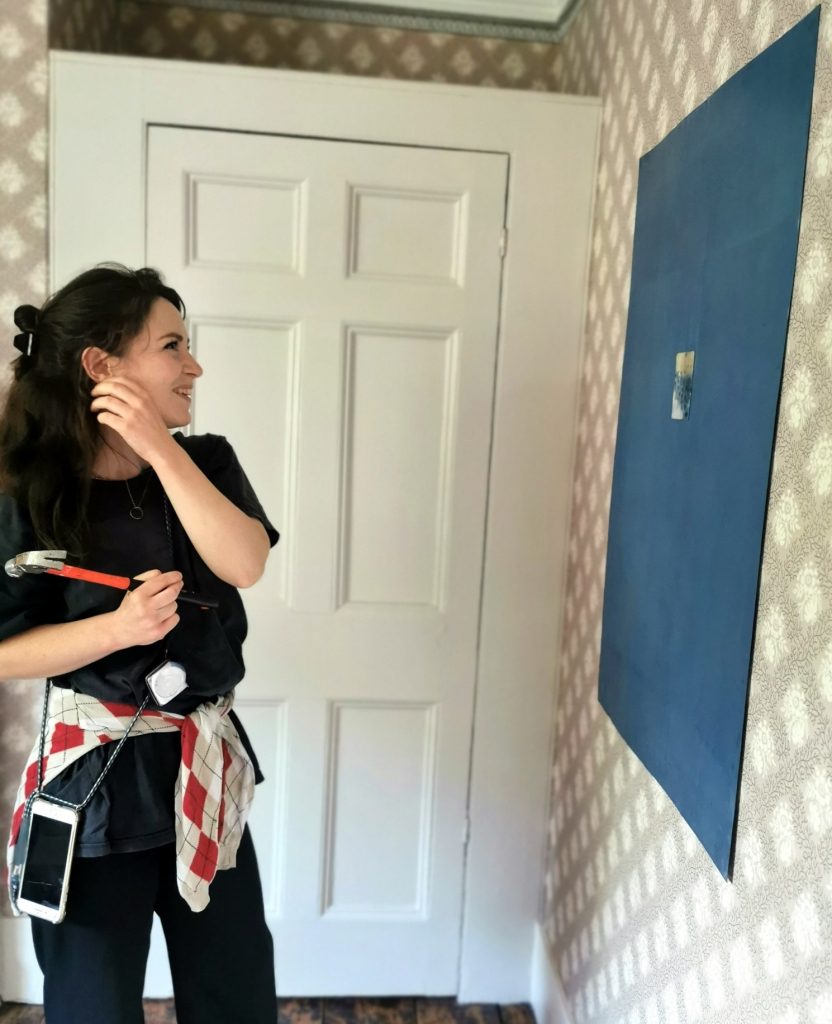 A new exhibition at Turner’s House charts how the river Thames and landscape painter J.M.W. Turner have helped the artist Anna Paterson through challenging times.

Anna, whose work has been exhibited worldwide, started painting the exhibits in a studio on the Greenwich peninsula during lockdown. As the city ground to a halt, she found the constancy of the Thames reassuring. “I thought about how these same landscapes provided a similar grounding for Turner, a subject that he returned to throughout his life, in his use of light, colour and setting” explains Anna.

When designing Sandycombe Lodge (now called Turner’s House) in 1813, J.M.W. Turner originally built a central tower to give him a view of the river, later becoming his bedroom. Anna set out to share his same view, immersing herself in the experimental techniques of his paintings of the Thames. Her works are oil or watercolour on paper, a material which she felt reflected a kind of impermanence and temporality central to Turner’s work. “He also used materials that he knew might fade and change just like the scenes and moments that he was painting” said Anna.

“I work reactively and enjoy responding to specific contexts and settings – like Turner’s House,” explains Anna whose work shares with J.M.W.Turner an experimental and playful use of material. Her improvised work is created at speed exploring combinations of colour, form, texture and light.

“Turner’s exploratory use of materials, his wildness, was radical for the time and is something that I have loved to research during my residency at Turner’s House.”

“I admire the way that Turner seemed to refuse the society trappings of the art world. He built Sandycombe Lodge to escape the pressures of the London art scene. I think that you can still feel that privacy and peacefulness in the house .”

The new exhibits include two large mixed media works and a set of small watercolours scattered around the house. The large oil on paper in the small parlour is a butterfly print which mimics both reflections on water and the Rorschach test, giving a physical and psychological narrative to the piece. The loose style and size of the watercolours are inspired by Turner’s sketchbooks and these small snapshots of the river will be continuously replaced by new works evoking the constant yet changing presence of the Thames. 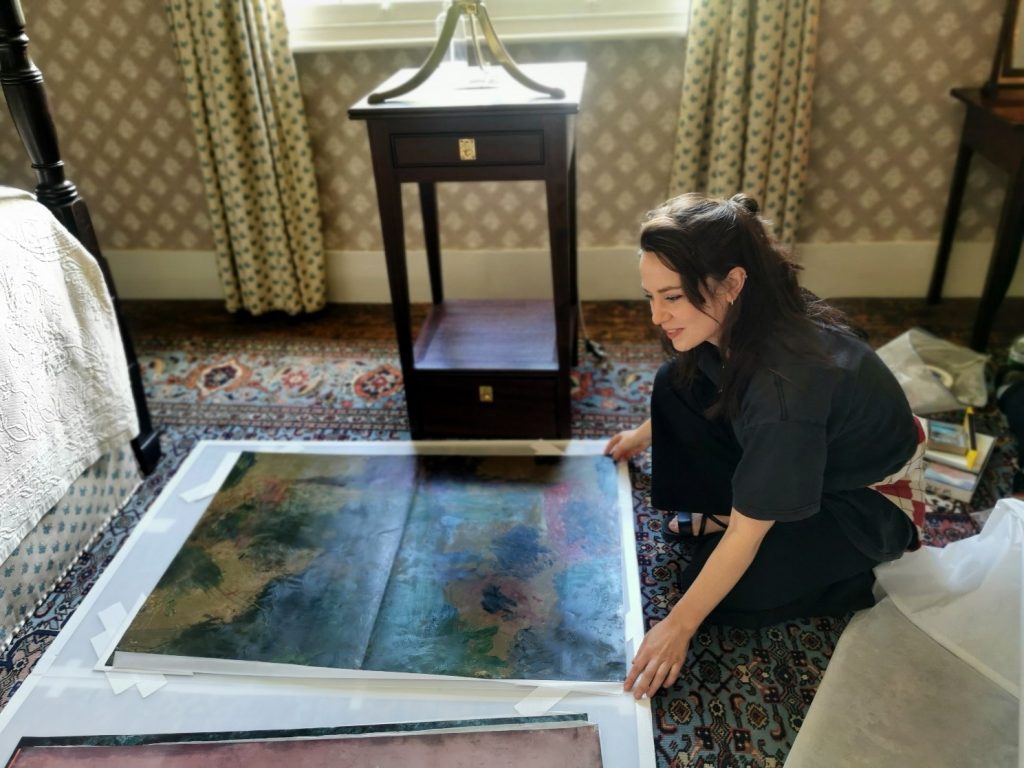 The exhibition marks the midway point of a six-month residency, sponsored by the National Lottery Heritage Fund for which Anna has also been creating workshops with Turner’s House for Age Concern and local primary schools, focussing on the playful and experimental aspects of Turner’s practice.