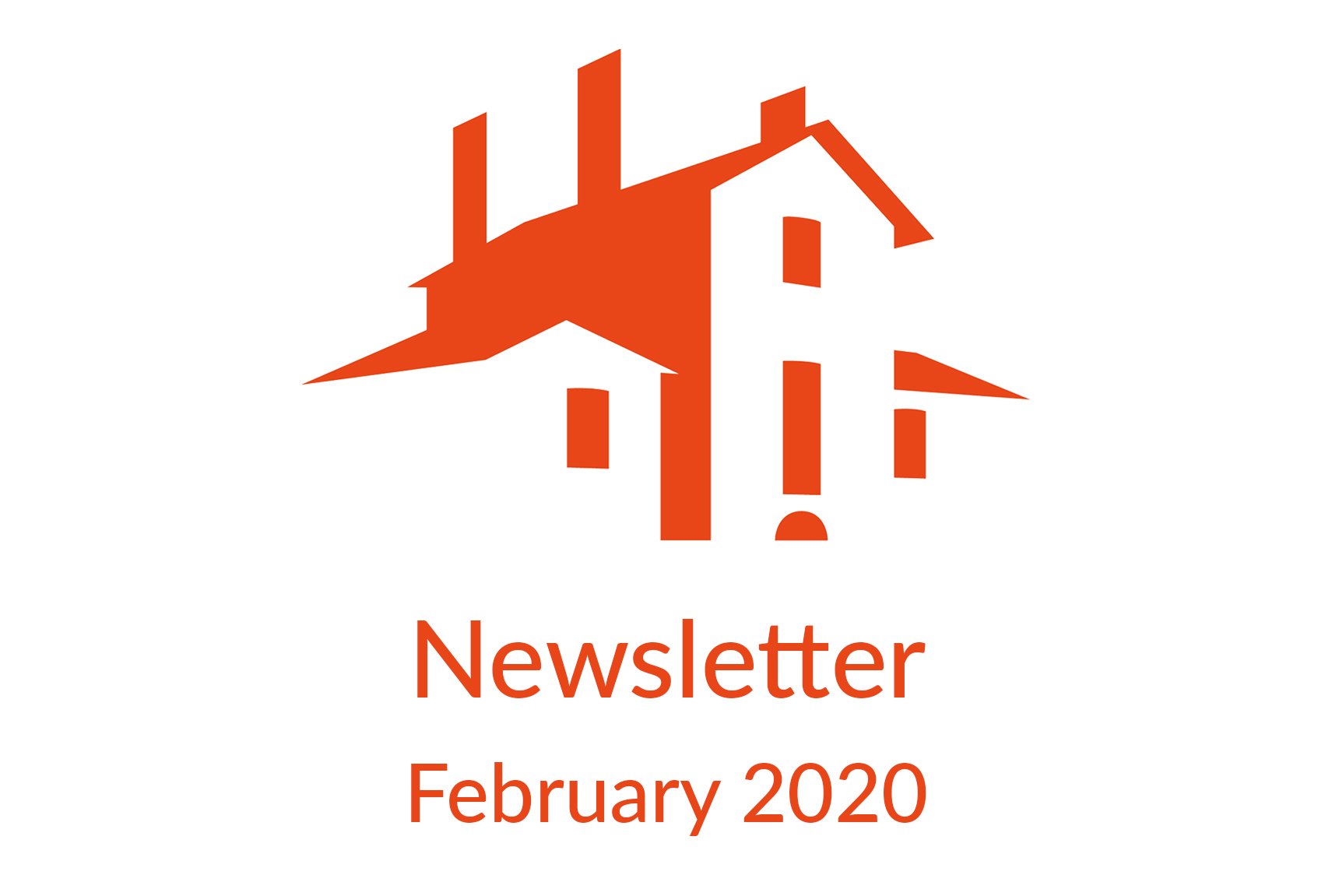 News and Events from Turner’s House 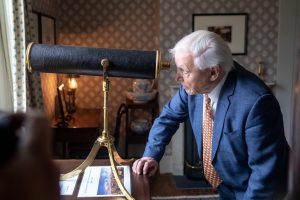 Sir David Attenbourough looking through the telescope at Turner’s House

Message from the House Director

2020 has started out to be a fantastic season for Turner’s House. On 10th January Sir David Attenborough opened our first ever exhibition featuring original paintings by J.M.W. Turner. In just under three weeks the exhibition was sold out. The exhibition, Turner and the Thames: Five paintings, was widely reported in the national newspapers, including the Times, the Guardian, the Telegraph and praised by the art critic Will Gompertz in a review for BBC Arts News
https://www.bbc.co.uk/news/entertainment-arts-51039965 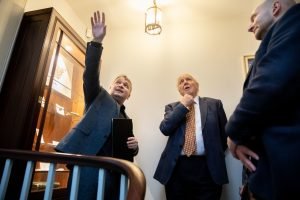 This was followed on February 15th by an article in the Financial Times and Turner’s House was also included in a six page article in Country Life (19/02/20) on the topic of artists and the River Thames.

Turner’s House can now claim the unique status of being the only museum where you can view paintings by Turner in a home designed and lived in by J.M.W. Turner.

Extension of the Turner and the Thames exhibition until 30th April

So popular has the Turner and the Thames: Five paintings exhibition proven to be that Tate Britain has generously agreed to extend the exhibition until Thursday 30 April.
Tickets can be purchased from the Turner’s House website at https://turnershouse.org/booking/

Turner on the new £20 banknote. 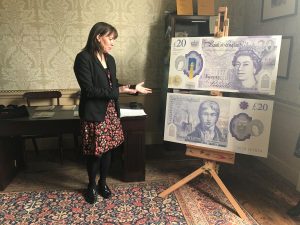 On 20th February 2020 the Bank of England issued the new £20.00 note which features J.M.W. Turner alongside arguably his most famous painting, The Fighting Temeraire (1838). A special preview of the new note was held at Sandycombe Lodge, with the Chief Cashier of the Bank of England, Sarah John, and the note’s designer, Debbie Marriott, talking about the production and imagery on the note.

The note- a few facts:

For a video of the visit please see https://chiswickbuzz.net/blog/bank-of-england-to-launch-new-20-note-featuring-j-m-w-turner/

On the same evening that the Bank of England released the new £20 banknote, Turner’s House Trust hosted a small evening event to launch its new Sandycombe and Patrons Circle. Both schemes offer benefits to members including free visits to the house, private views and priority bookings to events.
For further details please see the website at https://turnershouse.org/support-us/

Turner’s House Trust are delighted that the author Franny Moyle has joined the board of Trustees. Franny has written a critically acclaimed biography entitled The Extraordinary Life and Momentous Times of J.M.W. Turner (Penguin books, 2016). She is a former television executive and her first book Desperate Romantics: The Private Lives of the Pre-Raphaelites (2009) was adapted into the BBC drama serial Desperate Romantics by screenwriter Peter Bowker.

March 21st– 10am – 12pm
‘Making Money’- What images of yourself would you like to have on a bank note? Get inspired by the new £20 note and J.M.W. Turner’s self-portrait and create a bank note?
Booking required. Included in general admission