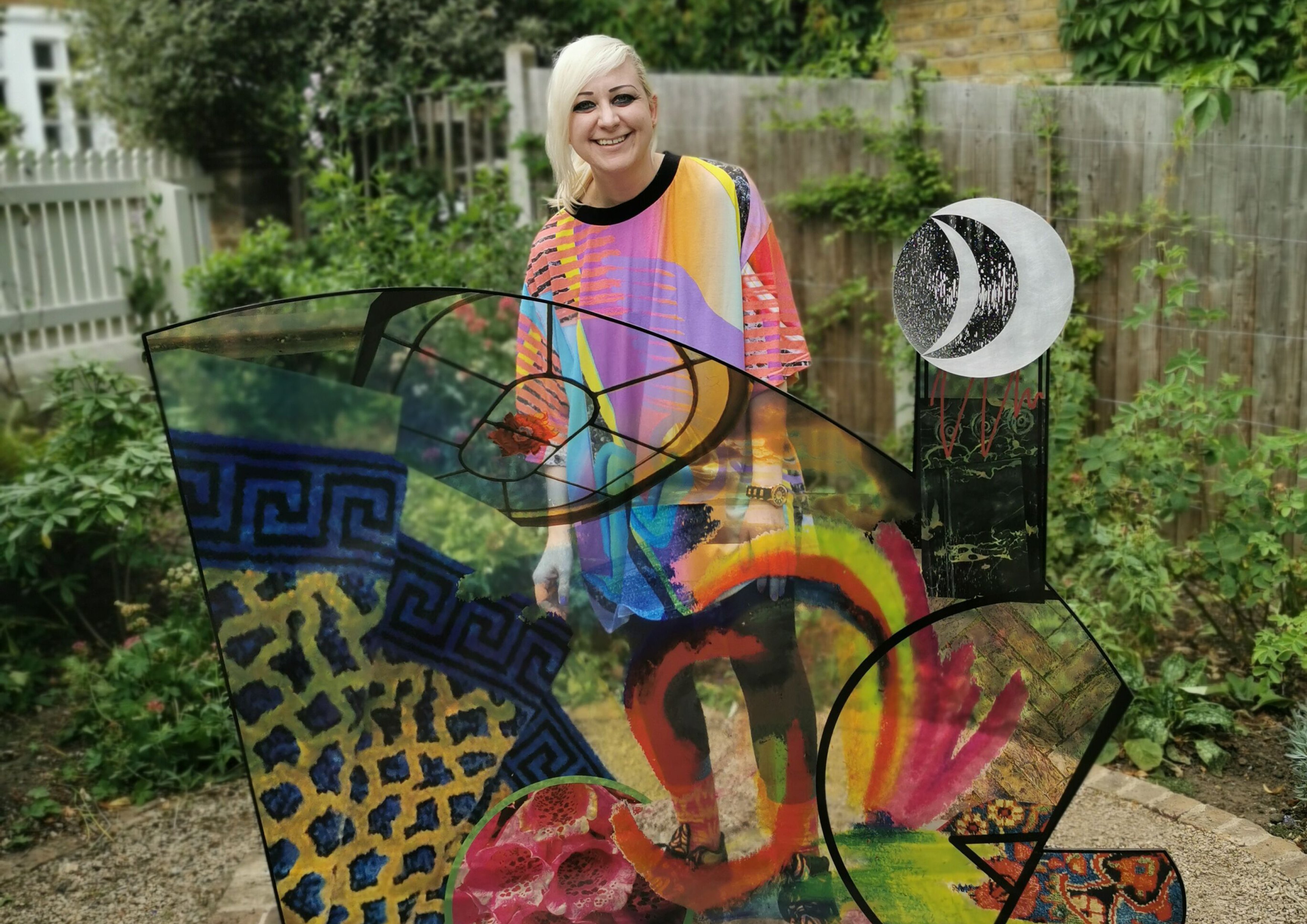 Both works are the result of a six-month residency, culminating in a contemporary response to Turner’s work in modern materials and continues the house’s artistic heritage.

Carvell’s own artistic practice had been inspired by J.M.W Turner’s painting of light and appreciation of nature and she has followed in the great landscape artists’ footsteps studying at the Royal Academy Schools until 2009, where he became Professor of Perspective in 1807.

Eliza Bonham Carter, Head of Schools at the Royal Academy unveiled the Moon Dial and congratulated Nicky saying; “We are incredibly thankful to the National Heritage Lottery Fund and to the trustees and staff at Turner’s House to reconnect us and the Royal Academy school and contemporary artists with Turner’s House through Nicky. It has also allowed Nicky to rethink things that were already important to her work like colour, astronomy and light and review Turner’s work with contemporary materials and with a contemporary eye. This is her immediate response but thanks to the support she has had here, this experience will continue to influence her future work.”

Catherine Parry-Wingfield, Honorary Patron of Turner’s House said, “As well as playing with Turner’s ideas of light and colour, what Nicky has brought into this house is fun. And we know that Turner did have fun here. If you listen to the clock in the dining room, you can hear accounts read by actors of friends spending time here and his friend, CR Leslie said of Turner “‘at a dinner table nobody more joyous’. Nicky has brought us something really joyous.”

Nicky explained, “I have focused on the house’s original name ‘Solus Lodge’ which references the power of the sun and Turner’s reported final words “The Sun is God” as this chimes with my own fascination with light and its astronomical sources from the heavens.” Carvell explains, “My work investigates the colour spectrum, it is this aspect of his work which I have explored during the Turner’s House residency. During a wonderful tour of the house I was very engaged by the way the outside light flows into and through the space, particularly in the beautiful lay light above the upper stairs. This filtering of light through glass provides a feeling of solace and inner warmth.”

The pieces play with the notion of light passing through coloured surfaces in two translucent sculptures; one is installed in the house and the other placed in the garden in which Turner’s father worked. The pieces are designed to cast ever-changing coloured patterns and shadows onto the ground much like a sun dial does. The curved panels have been made from thick acrylic with painted and vinyl wrapped elements and an implied ‘sun’ and ‘moon’ at the pinnacle of both works made from metal. 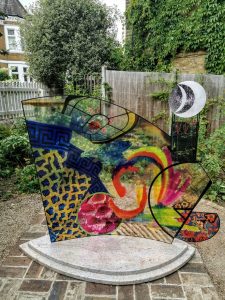 The sculptures also reflect Turner’s early designs of the house as a tower on a hill, his own sanctuary from the speed of London life. The pieces also give a visual nod to the replicated boat models in the house and the outlines of ships that Turner painted such as Admiral Van Tromp’s Barge.

“I love the curves in forms as these big ships confront the winds, holding strong in the storm. And as the house is near the river, I wanted to keep this nautical theme and for this interaction with nature to be apparent in an abstract manner”, says Carvell.

The sculptures have been decorated with textures from both the house, garden and river (such as the penny line pointing between the brickwork and the Turquerie rugs) bringing the inside outside and vice-versa. Semi-circular forms echo both the shape of the windows throughout the house and rainbows in his paintings such as Arundel Castle on the River Arun, with a Rainbow.

Repeat viewings of the house and garden will reward visitors with the sculptures’ constantly changing appearance along with the weather, emulating Turner’s genius in capturing mutable moments in time.

July 21, 2019
We use cookies to ensure that we give you the best experience on our website. If you continue to use this site we will assume that you are happy with it.OkRead our Privacy Notice here.