What’s on at Sandycombe Lodge

Be sure to book your visit in advance and stay up to date with future events by joining our mailing list.

Between the Sheets: Turner’s Nudes

An exhibition of intimate images 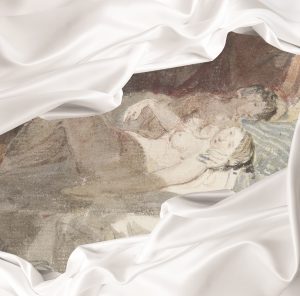 JMW Turner – Nude Swiss Girl and a Companion on a Bed, 1802 (Design by Paul Warrington)

Encounter a little known and rarely seen side of Britain’s greatest artist.

Loved as the master of landscapes and seascapes such as The Fighting Temeraire, Hannibal Crossing the Alps and Norham Castle, few know that his sketchbooks also contain depictions of the female form.

Yet Turner was a compulsive recorder of his own life and travels, and produced drawings and watercolours of models, sexual encounters, literary fantasies, and his lovers such as Sophia Booth.

This exhibition is possible thanks to a generous loan from Tate.

Entrance is included in the tickets to the house.

Please be aware that the exhibition is located on the first floor and is reached via a narrow staircase of around 18 steps. Unfortunately due to the limitations of the historic house, no lift facilities are available. The ground floor of the house is fully accessible, and a tablet device will be available for virtual visit of the first floor and basement.

Book your tickets at THIS LINK

Tickets £260 for all five lessons, including materials (paper pad and brushes to be kept after the course), light refreshments, and access to the current exhibition. 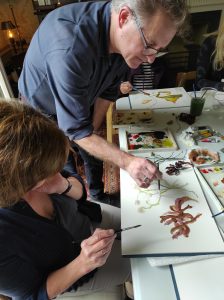 In the beautiful setting of JMW Turner country retreat in Twickenham, join award winning artist Tim Wright in a 5-session summer watercolour painting course. Learn from the artist who taught Timothy Spall to paint like the great British landscape painter, for his main role in the critically acclaimed film Mr. Turner.

During the course, you will learn about Turner’s watercolour technique, his responses to landscape and also, more specifically, his Petworth House interiors.

The course will cover the following elements:

By unpicking and analysing Turner’s method and exploring the nature of the medium, you will acquire a stock of technique and the confidence to paint your own watercolours.

All the materials are included (paper pad and brushes to be kept after the course). You will also have the chance to visit this year’s exhibition of JMW Turner’s original sketches and discuss them with Tim Wright and our Learning Officer.

What previous participants have enjoyed of the course

‘The course was well structured and there was a good balance between the instructions and the free application. The tutor was very knowledgeable and able to impart his knowledge.’

‘Gaining knowledge from Tim’s expertise and the opportunity to have a go, with his oversight.’

‘Experimenting with a new approach to watercolour and trying out new techniques of brushwork.’

‘I enjoyed the mix of theory, practical sessions and general discussion.’

‘Painting in the garden at Turner’s House was wonderful.’

Tim Wright was born and grew up in London, where he continues to live and work.  In the mid-1980s he graduated in Fine Art from Middlesex University.  His early paintings displayed an interest in the figure and explored its fragmentation through a vigorous painting process.  The body, the observed world and their expression through paint continue to assert themselves.  His practice has developed along two strands: the portrait and figure painting.  Although one informs the other, they are separate and discrete.  The portraits are concerned with capturing likeness and expressing personality.  The figure painting allows for the exploration of other, broader themes.

Tim Wright has exhibited extensively and his work features in many collections, both in the UK and internationally. He has been a prizewinner in The Derwent Art Prize 2016, an exhibitor in The National Open Art Competition in the City of London, had a number of solo exhibitions with Shine Artists at The Albemarle Gallery London, featured in the 2014 BP Portrait Award at The National Portrait Gallery, and shown portraits at Petworth House in Sussex. He is represented by The Pontone Gallery, London, showing in ‘Imagined Worlds’ earlier this year and in ‘Into The Deep’ this summer.

He has long experience of teaching and lecturing.  He worked as a fine art lecturer at most of the principal London art colleges, particularly Chelsea School of Art, Middlesex University and The Motley Theatre Design School.  He continues to teach courses in life painting and drawing at his studio in London. In November 2016 he delivered a ‘Painting Masterclass’ at the Turner Contemporary museum in Margate. In 2017 he was engaged by The New Art Gallery, Walsall, as part of their exhibition ‘Legacies: JMW Turner and contemporary art practice’ to run workshops exploring Turner’s method and materials. This year he has run masterclasses in painting at Turner’s House Museum in London.

From 2011 until 2013 he was engaged as painting consultant on the Mike Leigh directed film ‘Mr Turner’.  He taught the actor Timothy Spall to paint, in order for him to prepare for the role and, when filming began, advised him and other actors on set.  This was an immersive process which lasted for over two years.

He regularly gives lectures about Turner and his work on ‘Mr Turner’, notably, in 2016, at the Cheltenham Literary Festival. He has also appeared at The Salisbury Museum, The Turner Contemporary Museum, The Rye Festival and Birkbeck College, University of London.

He has made several media appearances, including BBC news and radio, Dutch and German arts programmes and the BBC arts programme ‘Imagine’, where he talks about his work with Mike Leigh. He filmed a piece with the art historian, Gus Casely Hayford and musician Cerys Matthews, describing Turner’s techniques and materials for a Sky Arts documentary about the painter’s British landscapes. He also featured in a programme about Turner’s creative relationship with Petworth House, made by the european arts channel ‘Arte’.

In his figure paintings he investigates several themes.  Over recent years he has explored ideas about how people present themselves, how groups interact, notions of stillness and display, and the clothed and unclothed. His latest work shows contemporary figures acting out poses and scenarios derived from baroque and rococo models. 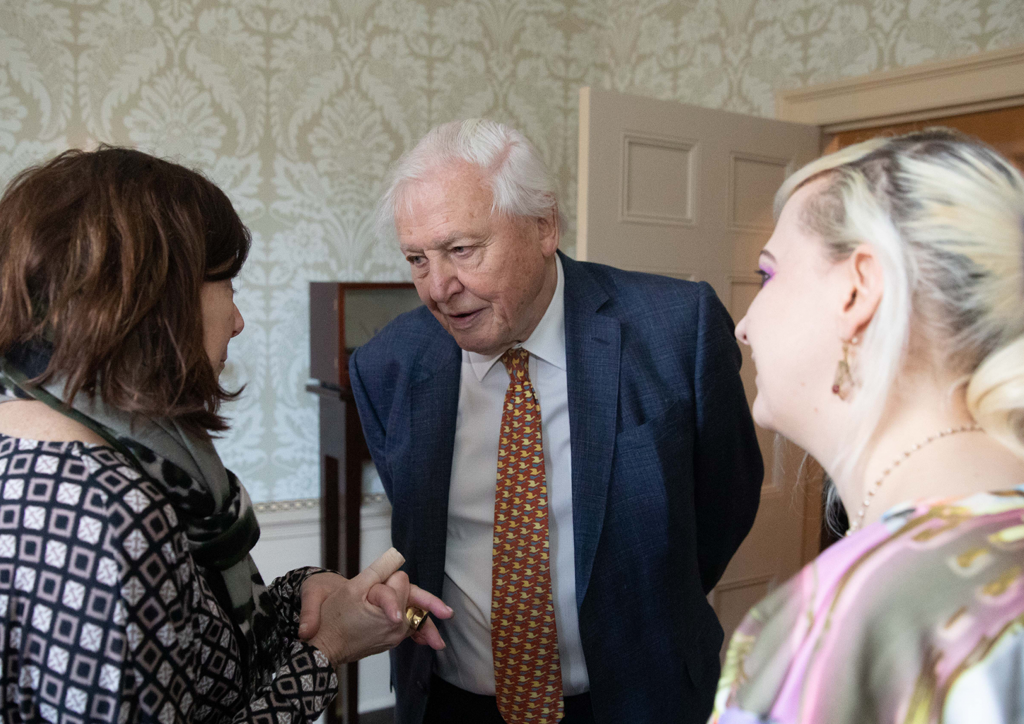 Patrons Circle, Sandycombe Circle and Supporters Circle members are all treated to regular priority access to Turner’s House and are invited to a series of exclusive events where they can explore behind-the-scenes insights, enjoy private views and conversations with experts on many aspects of J.M.W. Turner’s life and work and his country retreat in Twickenham. Circles events are held both in person and by Zoom.

To enjoy these events and support the Trust’s work, join one of our Membership Circles. For more information about events and other Membership benefits click HERE.

Watch this space for the summer and autumn plans

In February 2021, Circles members joined Tate Curator Amy Concannon in an exclusive conversation on the Tate Britain exhibition ‘Turner and the Modern World’.

In March local historian Jonathan Crofts shared the story Cambridge Park Revealed an area in East Twickenham that Turner would have known.

May was a busy month when Circles members had private views for the new Turner’s English Coasts exhibition as well as a fascinating Zoom conversation on Turner’s Liber Studiorum and the vogue for aquatint with Rosie Razzall, Curator of Prints and Drawings at Royal Collection Trust.

And finally, in early December we had Christmas drinks together. 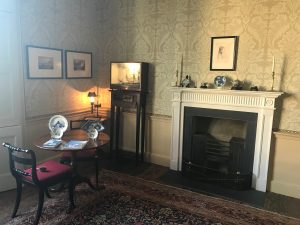 Launched in 2018, in 2020 we will continue with a series of bitesize lunch-time lectures. Join us to delve deeper into Turner’s time at Sandycombe Lodge, hear behind-the-scenes accounts of our restoration project and find out about the hidden history of the building.

10 minute lunchtime talks take place once a month at 12.45. This is included in general admission to the property and the 1 pm tour of the property.

For more information and booking details, please email  info@turnershouse.org or call us on 020 8892 5485

We use cookies to ensure that we give you the best experience on our website. If you continue to use this site we will assume that you are happy with it.OkRead our Privacy Notice here.