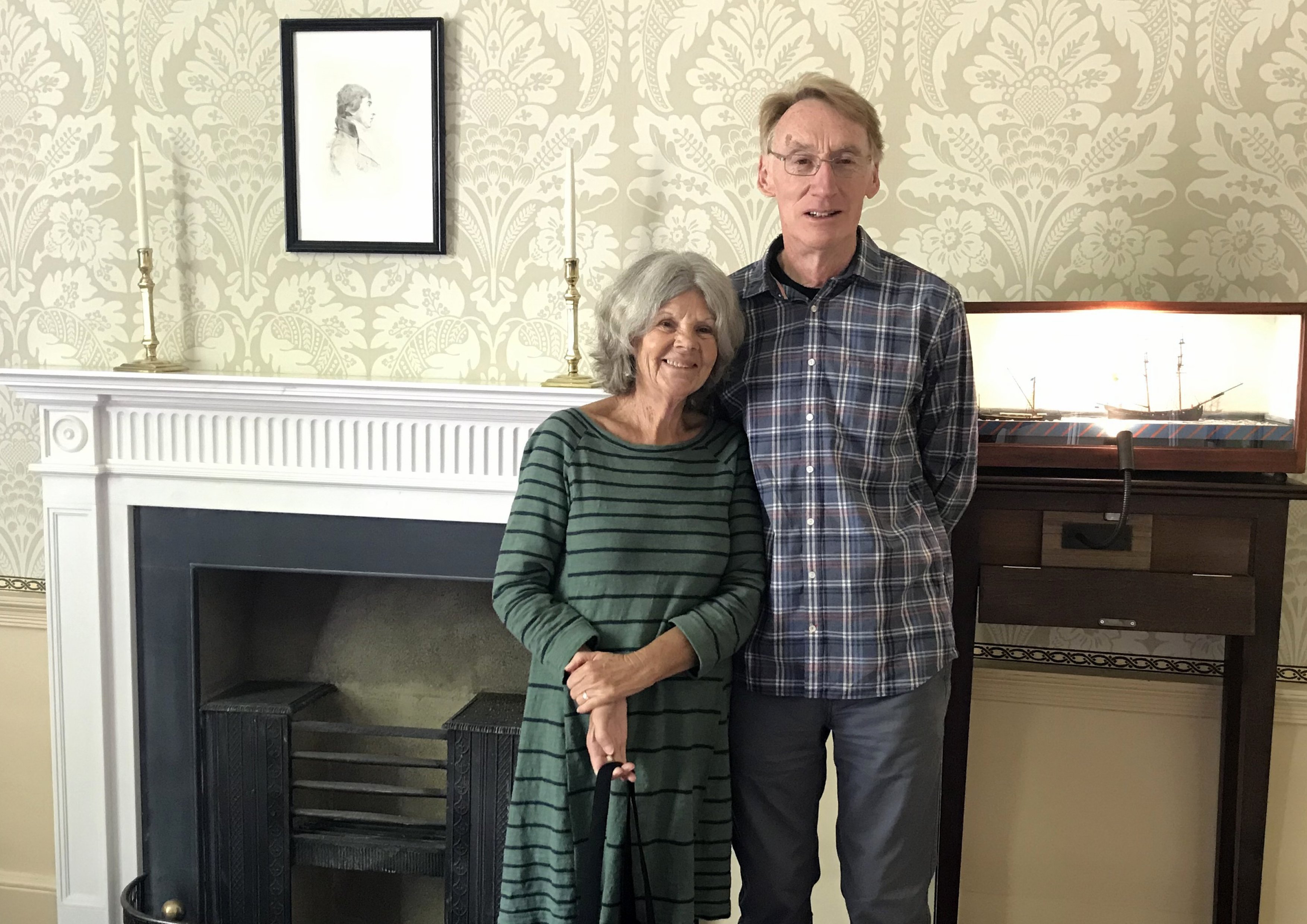 Turner’s House Trust, Twickenham has a double celebration this week as today, April 23rd, is the anniversary of J.M.W Turner’s birth (1775) and on Thursday 18th they welcomed their 10,000th visitor since the house reopened.

The house, which was designed as a rural retreat by the great landscape artist J.M.W. Turner, has won a string of awards since its restoration and opened to the public in the summer of 2017.*

Deb Jordan, who travelled from Bradford-upon- Avon in Wiltshire with David Spinney (pictured left in the drawing room beneath a portrait of Turner), was delighted to learn she was the 10,000th visitor, especially when she was showered with souvenirs of their historic visit presented in a smart Turner’s House bag by House Director, Ricky Pound.

Deb said that J.M.W. Turner was “one of the first artists I became familiar with more than 50 years ago. I enjoyed the whole visit and was fascinated by the sensitive restoration.”

“I loved the wallpaper reconstruction in the bedroom. The house is on such a delightful, human scale, and I liked the ways the spaces were used.”  Deb also said that after the tour she felt that she knew much more about Turner, “There was excellent information and insights from the house staff”.

Now is a great time of year to visit the house as the garden springs to life with rare heritage tulips and wild flowers to evoke Turner’s work and 19th century garden. And you can visit the house’s first exhibition of Turner’s miniature landscapes and get a colour catalogue free of charge.