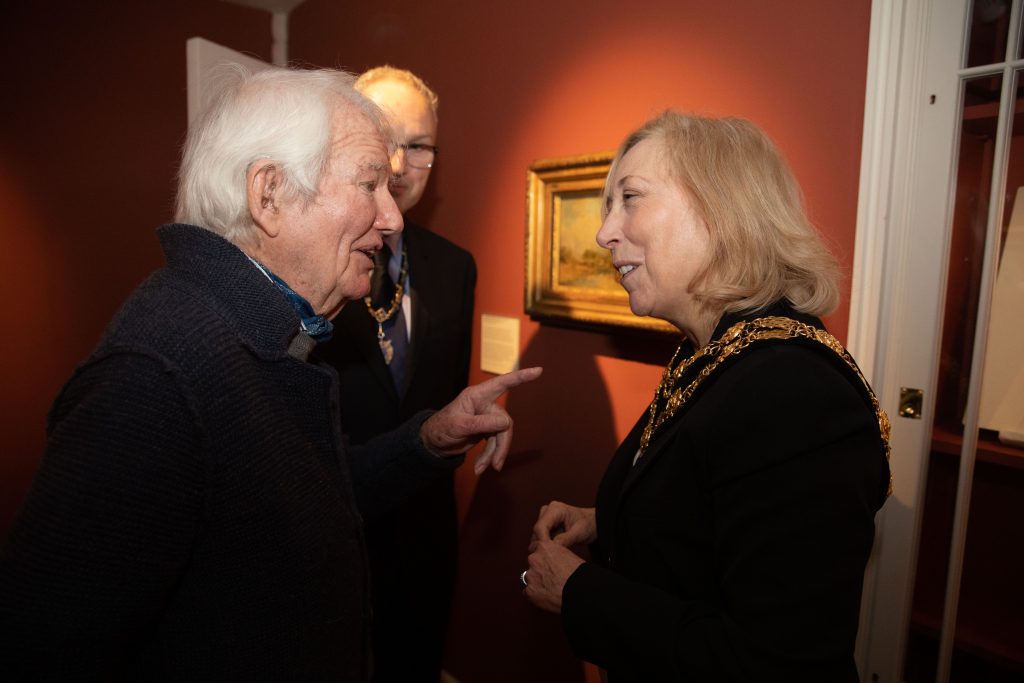 It is with great sadness that we report the death of Ken Howard, one of Turner’s House Trust’s patrons, in Cornwall on September 11th.

Ken was introduced to the Trust by Derek Plummer, a trustee from the early days of the campaign to save Sandycombe Lodge for the nation. Ken was a close friend of Derek’s brother Robin, his fellow-student at Hornsey College of Art. Ken came to our first attempt at fundraising in 2013, Tea with Turner, when actors playing Turner and his father led the audience around the house. His immediate response to our need for fundraising was ‘How can I help you?’ We went to his wonderful studio in Bolton Gardens, and Ken said ‘Would you like to have a fundraising party here? If anyone buys a painting, I’ll donate half of the price to you’. He also donated a painting of Venice, a place for which he had a great love, to our fund-raising auction at Dreweatt’s, which happily now hangs on the wall of one of the Friends of Turner’s House. Ken and his wife Dora were enthusiastic visitors to milestones in the life of Turner’s House and its conservation. Ken was wonderfully attired in his broad-brimmed hat and cloak for the ’topping out’ ceremony as work on Sandycombe came near to a close in 2017, and happily attended the opening by Sir David Attenborough of the exhibition of Turner oil sketches of the Thames in 2019.

Ken had an eventful working life, an official war artist in Northern Ireland in the troubled 1970s, and later travelling widely with the British Army. Like Turner, he was a Royal Academician and between 2004 and 2010 was, also like Turner, Professor of Perspective. He was a hugely popular and collectable artist, famous for his landscapes, townscapes, and also for his female nudes, many of them posed in that light-filled studio.

The title of Ken’s autobiography is Light and Dark, and sums up his lifelong fascination with light, reflections, and water. Venice and its shifting waterscape gave him constant inspiration, and, again like Turner, so did Richmond and the Thames. He and his wife Dora had a house in Cornwall, and a few years ago, I spotted a familiar figure at an easel, tucked in against a wall in the pretty fishing village of Mousehole, working at speed to capture the fleeting effects of sun on water, and the shifting balances of colour. Such a kind and generous man, and a wonderful painter – we will miss his support and friendship at Turner’s House.