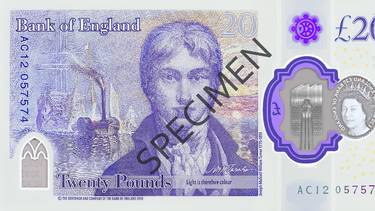 The new £20 featuring J.M.W. Turner and his work was unveiled today, 10 th October 2019, by The Bank of England, to which Turner’s House Trust has responded by planning a series of events in 2020 to celebrate.

It was announced this morning that the new note, which will be printed on polymer, will be issued on 20 February 2020.

The design will feature:

o J.M.W. Turner’s self-portrait, painted c. 1799 and currently on display in Tate Britain.
o Turner’s painting The Fighting Temeraire; a tribute to the ship HMS Temeraire which played a decisive role in Nelson’s victory at the Battle of Trafalgar in 1805. In 2005, it was voted Britain’s greatest painting in a BBC poll.
o The quote – “Light is therefore colour” from an 1818 lecture by Turner referring to his innovative use of light, shade, colour and tone in his pictures.
o Turner’s signature from his Will, the document with which he bequeathed many of his paintings to the nation. 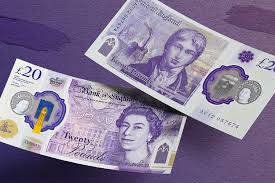 The Bank’s Governor, Mark Carney, said, “Our banknotes celebrate the UK’s heritage, salute its culture, and testify to the achievements of its most notable individuals. And so, it is with the new £20 banknote, featuring JMW Turner, launched today at Turner Contemporary in Margate. Turner’s contribution to art extends well beyond his favourite stretch of shoreline. Turner’s painting was transformative, his influence spanned lifetimes, and his legacy endures today. The new £20 note celebrates Turner, his art and his legacy in all their radiant, colourful, evocative glory.”

Turner designed his house in Twickenham, his only 3D artwork, and enjoyed it as his rural retreat at the time he made the famous quote about light. His portrait, signature and most popular painting will now feature on another 2 billion works of art – the new £20 notes.

Turner’s House Trust are supporting the issue of the new note next year by planning a programme of events throughout 2020. These include their first exhibition of Turner’s original work; a Turner Day on June 11th featuring talks on his life and work, including the painting The Fighting Temeraire; family printmaking workshops creating personalised banknotes, and studying Turner’s self-portrait – the image that will appear on the £20 note. You can find out more and book these events via our website turnershouse.org/whats-on/.

“Turner’s House Trust are delighted to be working with The Bank of England to explore ways of celebrating the new £20 and introducing new audiences to one of Britain’s most important artists, his house and ground breaking work,” said Michael Deriaz, Vice-Chair of Turner’s House Trust.